Sava Day 2022 in the Republic of Serbia

This year in the Republic of Serbia, Sava Day was marked with activities funded by the Republic Directorate of Water, Ministry of Agriculture, Forestry and Water Management and implemented by the Public Water Management Company "Srbijavode" in cooperation with the Belgrade Municipality Savski Venac under the slogan, "Let’s keep our Sava River healthy" through: 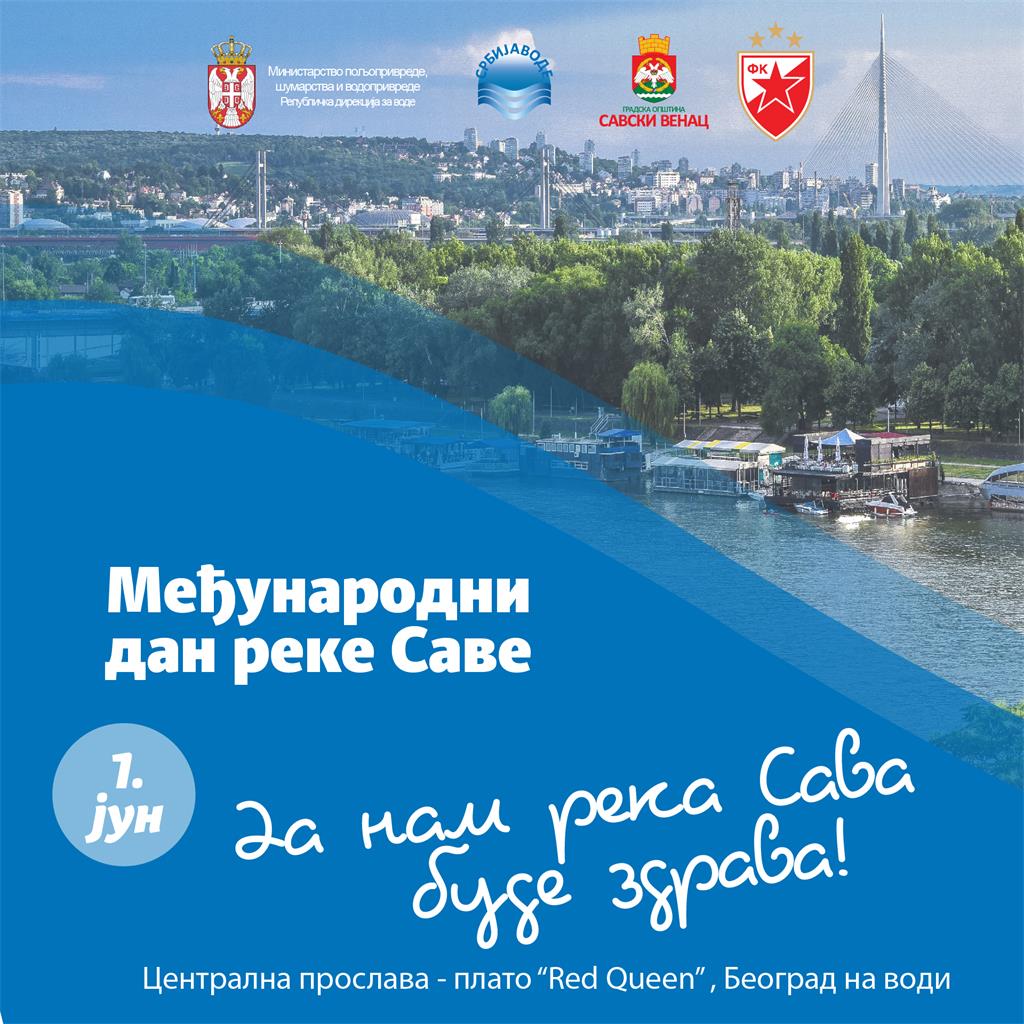 The central ceremony was attended as well by the Ministry of the EU integration Ms. Jadranka Joksimović, and numerous water management experts which highlighted the strategic importance and potentials of the Sava River, the need for its preservation and protection and significance of the rational and sustainable use of precious Sava River water resources.
The happening continued with the performance of the children's choirs from Belgrade’s Primary schools "Isidora Sekulic" and "Laza Kostic", painting workshops for the youngest and sports and recreational program supported by the Football club "Crvena Zvezda".
Marking Sava Day aims at reminding and inviting citizens of the Republic of Serbia to guard the Sava River and draws attention to the vital role that the Sava River and its tributaries play for the population residing in the Sava River Basin.